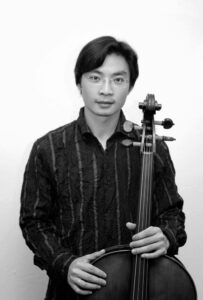 Alan Yang was born in China to a family of musicians. He received his Cello Performance Bachelor’s degree from Wu-Han Conservatory of Music in China and went on to achieve his Master’s degree and Artist Diploma in Cello Performance from Indiana University in the U.S.
During his study at the Wu-Han Conservatory of Music, Alan was a member of the East Symphony Orchestra and the East Chamber Orchestra. In 2001, he became a member of  The First China Cello Orchestra, led by the Swiss Cello master Albert Roman. The highly gifted members of the orchestra were all selected from China’s leading music academies. They performed in Sils, Scuol, Luzern, and Basel in Switzerland, and Beijing, Ji Nan, Shanghai and Su Zhou in China. In 2003, Alan was invited to perform at the Elitist Concert organized by the Texas Chinese Performing Arts Association. He was awarded the prestigious “Honor Citizen Certificate Award’’ by the Dallas city government.
Alan has been teaching private cello lessons since 2002 and has been teaching full time in the Bay Area since 2006. He is a faculty of Community School of Music and Arts in Mountain View, a member of the CMTANC and American String Teachers Association and has been a member of the faculty of the California Youth Chinese Orchestra.He has played for Southwest Michigan Symphony Orchestra, Silicon Valley Philharmonic, Silicon Valley Symphony, and was the Principal Cellist of South Bay Symphony. Alan has also instructed the beginner and intermediate string orchestras at Hopkins Junior High in Fremont.
Alan’s students have won many competitions, including the CMTANC International Music Competition, Enkor International Competition, United State Open Music Competition, Spotlight National Youth Music Competition, IGM Competition, Global Online Great Composers Competition, Global International Music Competition, USIMC, Quebec International Music Competition, Grand Maestro International Competition, Young Maestro Competition, KAMSA Competition, Fremont Symphony Youth Recitalist Competition, Silicon Valley Youth Music Competition, American Protégé International Music Talent Competition, and performances by invitation in Carnegie Hall. Alan’s students have participated in various youth symphonies in the Bay Area including SJYS, CYS, ECYS,FYSO and CODA All -State Jr High School Orchestra. In addition to his teaching experience, Alan is a professional brass and woodwind instruments repair technician and loves to compose music. 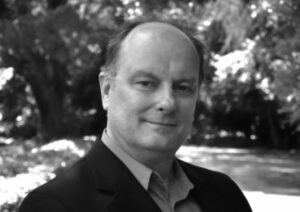 Samuel is a Composer, Orchestra Conductor, Music Educator and founder member of the Simón Bolivar Orchestra. He is the Director of Community Synergy Inc and Bow to Strings and he Stratfford School Orchestra Teacher. He holds a Master’s Degree in Music from California Institute of the Arts. Samuel is also a choir director, a composer and an arranger, he has an extensive list of compositions and/or arrangements ranging from classical, popular, world music, symphonic, choral works and worship music. 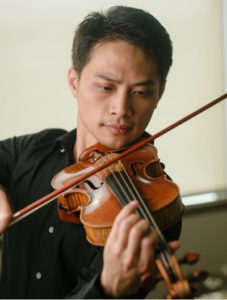 Born and raised in Taiwan, Ernest Yen began his violin lessons at the age of 5, under the tutelage of Kuei-Chu Chu. At age 11, he was featured as a soloist in the Butterfly Lovers Violin Concerto and toured Japan with Jhen-Si Youth Orchestra. At age 13, he was the youngest member of the Taiwan Youth Symphony Orchestra during its U.S. tour. Ernest served as concertmaster in orchestras through his study, and played Vivaldi The Four Seasons Violin Concerto and Mendelssohn Violin Concerto with National Tsing Hua University Orchestra, and Prokofiev Violin Concerto No. 2 with Bei-An Symphony Orchestra. In 2002, he won the first prize in the violin category in the Taiwan National Music Competition. His string quartet also won the first prize in the chamber music category in the same year.
Ernest moved to the U.S. to pursue his doctorate degree in 2006 and has been a member of the UC Berkeley Symphony Orchestra since then. He studied with Hagai Shaham, Alexander Barantschick, Catherine Van Hoesen, Chen Zhao, Franklyn D’Antonio, and is currently study with Yukiko Kurakata. He was threetime concerto competition winner and performed with the UCBSO as the featured soloist in several seasons, including the Tchaikovsky Violin Concerto in 2008, Saint-Saens “La Muse et le Poete” in 2010, and Korngold Violin Concerto in 2011, on a 1865 J.B. Vuillaume violin generously lent to him by the Music Department of UC Berkeley. In 2008, he was the Semi-Finalist of the KDFC Classical Star Competition. In 2010, he was invited to perform on the Four Seasons Arts “Cameo Concerts” program and performed with Miles Graber in the Yachats Music Festival in Oregon. He also plays frequently with the Berkeley Symphony, Symphony Silicon Valley, Master Sinfonia Chamber Orchestra, Palo Alto Philharmonic etc. Ernest Yen is currently living in San Jose. His students have won local music competitions / youth symphony auditions and performed in Carnegie Hall. 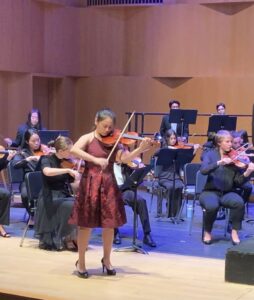 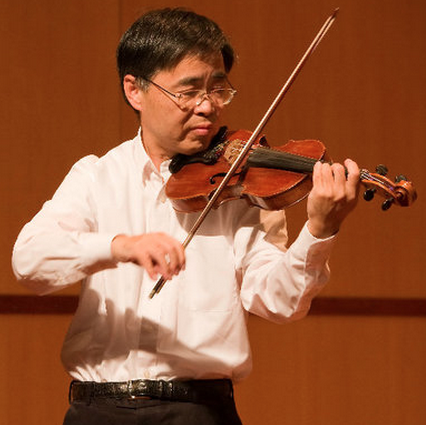 Richard is a former member of the Singapore Symphony Orchestra. He has over 35 years of experience teaching violin & viola to all ages in various music schools including the Harker school in Saratoga and the renowned Music Office of the Government Secretariat in Hong Kong. He is experienced in ABRSM exam preparation for all levels. 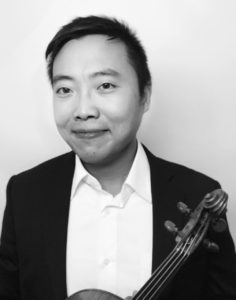 Dennis has been teaching Violin, Viola in the SF Bay Area for more than 16 years. He has tremendous experience helping students age 4 and up to learn how to play the Violin and Viola from the start. Dennis himself started learning how to play the Violin at the age of five from his father Richard, who is a former member of the Singapore Symphony Orchestra (SSO). All his music mentors were classically-trained Violinists with great violin pedagogies. To name a few, Antoine van Dongen, Lin Li and Wei He are the wonderful famous faculty with extensive experience who made Dennis very strong in his Music field.

Dennis is committed to education and sharing his passion in music, so he focuses on performance techniques and expression when he teaches various levels of students from Beginner to Advanced Levels.

Dennis uses his passionate styles in teaching teenagers and young adults to create a longstanding love of music and to provide productive learning for them based on each individual’s goal and interest. Dennis also does preparation for the ABRSM Exams and School Orchestra Performances.

Dennis, as an experienced Violin coach, mentor and an inborn music teacher, believes that establishing a profound foundation plays an outstanding role in a successful musical performance. Dennis builds up love, passion, and confidence in his students to play the Violin in their life as a real musician. He is an extremely patient, enthusiastic and passionate musician interested in coaching and encouraging his students to achieve artistic goals, always!