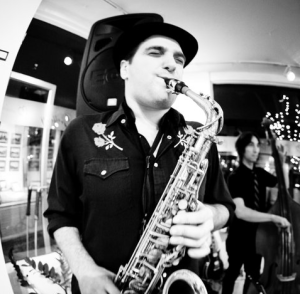 Jason Bellenkes is a professional musician, band leader, and music educator in the Bay Area. As a student and university music major, Jason studied saxophone with Dann Zinn, and clarinet with William Wohlmacher at Cal State East Bay. He has a Bachelor of Arts from Cal State East Bay in music performance, and has been teaching full time private lessons since 2003. Jason also teaches small chamber ensembles, workshops, summer camps, and full band ensembles in many locations throughout the bay area. Many of his students have been section leaders in their school bands, and have been award winning soloists at events such as CMEA. They have also participated in groups such as EL Camino Youth Symphony, California Youth Symphony, and San Jose Youth Symphony, as well as various bay area honor bands.
Jason is always willing to accept new students into his studio at all levels, especially beginners. He has a passion for teaching children late elementary through high school. In his class, students will learn about how to create good tone on their instrument, and have solid technique when they play. They will also learn about music theory, and be given full knowledge of scales and chords. Students will study different styles of music from classical to jazz to pop, and discuss music history, listening and appreciation. Most importantly, he strives to achieve the students personal goals, at the same time making the lessons fun and motivating. 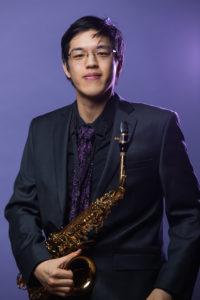 Picking up the saxophone at age 9, Yuh-Boh Feng has performed on the saxophone for over 15 years. He received his master’s degree in Saxophone Performance with a concentration in Music-in-Education from the distinguished school of New England Conservatory under the guidance of Kenneth Radnofsky. Yuh-Boh Feng was also a student of Dr. Keith Bohm from Sacramento State University and David Henderson from Stanford University. In 2016, He was selected to perform George Gershwin’s Porgey and Bess: A Symphonic Picture with the New England Conservatory Symphony Orchestra.
As a member of the Kenneth Radnofsky’s Saxophone Ensemble, they performed Etienne Rolin’s Mural Treatment, at the North America Saxophone Alliance 2018 Conference. The ensemble has also performed Leonard Bernstein’s Candide Overture, Jupiter from Planets by Holst, Serenade Op. 48 by Tchaikovsky, and many more.
Working together with composer Ian Wiese, they revived one of the oldest chapters of the international professional music fraternity, Mu Phi Epsilon. He performed David Amram’s Ode to Lord Buckley for the International President, Rosemary Ames. As the Vice-President of Beta Chapter, Yuh-Boh Feng assisted in planning and hosting Mu Phi Events for recruitment, performances, and lectures.
Yuh-Boh Feng has taught private lessons with students were accepted into California’s All State Band and/or their school’s top ensemble. He also taught in workshops including Oakley’s Saxophone Workshop. Currently, Yuh-Boh Feng works as a Musician in the Army Reserves at Camp Parks and teaches privately in California. 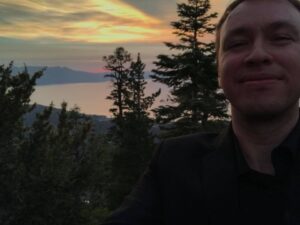 Anthony “Ant” Anderson is a funk, soul, r&b, jazz and classical trumpet player and pianist born and raised in the Bay Area. With both parents being professional musicians, he grew up with music his entire life. He attended Temple University in Philadelphia as well as San Franscisco State University for classical trumpet performance. He has played the trumpet for 25 years and has taught private trumpet, trombone, euphonium, French horn, tuba and piano students for 12 years at music schools throughout the Bay Area. Currently he is most known for hosting two of the most prominent weekly live music events in the Bay Area- the weekly Tuesday funk jam session at Legionnaire in Oakland and the weekly funk jam  session at Starry Plough in Berkeley On Thursdays, as well as formerly directing Oakadelic Wednesdays at the Layover in downtown Oakland. With a rotating cast of musicians from around the bay, the state, the country-and even the world- each week brings together musicians, music lovers, dancers and community from all over. Anthony’s collective known as “Oakadelic”, a funk, soul and R&B collective at the heart of the Bay Area’s funk scene. It is also the houseband and host for three  of the Bay Area’s central Funk and Soul weekly Jam Sessions. Oakadelic has also opened up for some of its own inspirations such as Orgone and the New Master Sounds, and has performed at historic Oakland Venues such as the Paramount, Yoshi’s Oakland, and more. Other performance highlights have included touring the country with Oakland’s own Cumbia Band La Misa Negra, and playing Funk with Sally Green and her band Sals Greenhouse, as well as playing in Angelo Moore of Fishbone’s band , And performing classical music  with the Santa Cruz Symphony And other regional community orchestras along with countless other projects. Anthony has a particular interest in community, bringing people together through music, and spreading and teaching music as well. His approach is one of inspiration and positivity in order to teach others to love music, the entire reason we even take lessons! He hopes to put love and creativity back into the very Bay Area community that raised him in order to keep the arts alive and well.